“I’m writing a long blog post, because I did not have time for a short one.” Already anno 1657 Blaise Pascal perfectly summarized the struggle we experience nowadays: how to bring ‘simplexity’ into this complex modern world. Of course he was talking ‘letter’ back then. But his postal is perfectly substitutable by many new age carriers. Wherever there is a wealth of information, people suffer from attention poverty. Yet many of us fail to let go of the established practices of the information age (think big PowerPoint decks full of lethal bullet(point)s and repulsive charts) to embrace the dawn of the conceptual age.
In more ‘recent’ history we find Florence Nightingale (°1820) – yes, the nurse – to be one of many unexpected forerunners of conceptual visualization of data. To convince authorities of the fact that most soldiers dying out there were more likely victims of a lack of medical attention than of acts of war, she developed a diagram to present relevant data in an orderly manner to have more impact on the policy makers.
The increasingly popular infographic is the most evident present-day example of visually presenting data as easily-to-digest stories to stick. Eyeing the Mondrian-styled ‘Billion Dollar Gram‘ one can only agree information representation can be beautiful indeed. Both David McCandless from InformationIsBeautiful.net and Miss Nightingale prove that it does not take respected artists nor professional designers to make data appeal to its audience.
se, visually attractive data are only a means to an end. Today, more than ever, market research reports and alike need to be designed in such a way that they answer the business needs. Agencies need to move from data gatherers and distributors, into knowledge and understanding sharers, synthesizers, interpreters and storytellers. Only then, we move from answering the “what?” question, to the “so what?” question.

Moving into the 20th Century. “The future is already here, it’s just not very evenly distributed.” is one of many infamous quotes by fiction novelist William Gibson. Gibson first coined the term ‘matrix‘ in Neuromancer to refer to the visualized Internet early 80ies. He had a hunch that it would change things, in the same way that the ubiquity of the automobile changed things. And it did; for consumers – having instant gratification at their fingertips any time any place, as well as for professionals who are often still trying to figure out how to adapt ancient business models and paddling to stay above water in the big data sea.
At the same time, researchers are still largely preoccupied stuffing over-abundant PowerPoint decks with sensible graphs drawn from respectable representative samples of meticulously screened participants; thus maximizing the chances of bringing nothing new to the professional who is in dire need of true insights to challenge the status-quo. 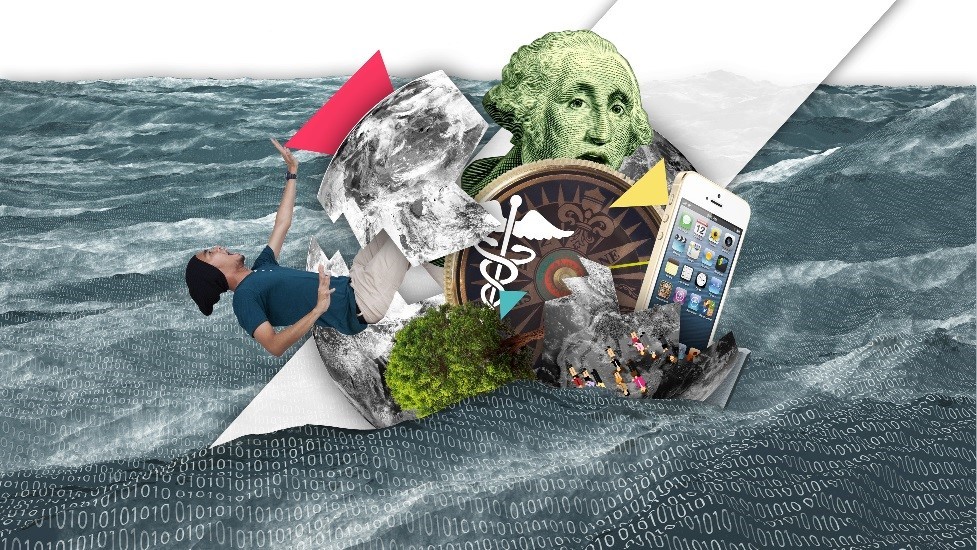 And all this whilst very interested, often interesting, and sometimes influential consumers are shouting out valuable opinions from the stages they act on. Yet they are not finding a sufficiently broad audience among the traditionally trained researchers who struggle to appreciate rich unstructured contextual consumer information.
Organizations need to become more open and agile in order to win tomorrow’s wars. They need to embrace the empowered consumer, engaging in a continuous dialogue with the ever-changing outside world. Only this way they will be able to react quickly to new trends, emerging needs, expected improvements and anticipate competitive action.
Also, research consultants voicing the needs of consumers in company boardrooms need to engage their audience, inspire them with real-life stories and dare to activate organizations to truly change their established business practices. It goes without saying that levelling-up visual conceptualization and sharpening story-telling skills are a necessity for some of us research geeks to truly embrace the conceptual age. Good examples were given to us ages ago.