The future of creativity is connected

As published on Switch & Shift on May 19, 2014. Back in 1983, David Ogilvy, the famous British advertising executive and ‘father of advertising’, doubted that more than 1 out of 100 advertising campaigns contains a big idea, highlighting the poor state of creativity in advertising. Instead of looking back, let us look forward and ask ourselves what the future holds where creativity is concerned.

There are different reasons to assume that we need less creativity. Big data increasingly allow us to predict the future, creating the illusion that we can control that same future and thereby reduce the need for creativity. The recommendation software of Netflix is so powerful that the company grants a reward of 1 million dollar to anyone capable of improving the underlying algorithm. Also, the ‘expiration delay’ of creativity is getting shorter, with ideas being copied faster and better over time. The 3 German Samwer brothers turned it into a new business model, making a fortune by creating copycat companies of successful web companies such as Pinterest or Groupon. If you are not convinced yet: even Google is cutting down on creative time. While Google has long been praised for granting its employees a 20% time off perk, it recently abandoned its own 20% rule by restricting its usage to just a limited selection of Google employees.

But we have at least as many reasons to believe that we need more creativity. Creativity has big data for lunch: the speed with which we collect new data by far exceeds the speed with which we can structure, analyze and interpret the same data. The numbers are mind-boggling: in the last 12 months only, we generated 10 zettabytes of new data, equaling 2,000 times the data volume generated in the entire history of mankind pre 2003!

But big data are no guarantee for big insights or ideas. Even with all the satellite data in the world, it still took about 3 weeks to detect the approximate crash location of the mysterious flight MH370 of Malaysia Airlines. There is a bright future for companies in being able to find more needles in ever-growing haystacks, applying more creative, sophisticated and powerful techniques than we do today. Important to note as well is that the bar for great creativity is rising with ever-lowering entry barriers to act creatively and with consumer expectations on the rise.

Today’s economy is different from the one David Ogilvy operated in. Mobile and digital technologies connect everything and everyone to one another, the new Gen Y and Gen Z – digital native generations – expect more openness and collaboration from brands and the worldwide economic crisis painfully shows the lack of answers which more traditional, closed models do bring. In a next-to-zero marginal-cost society, creativity can come from anyone, anywhere, any time with neither money nor power being a restricting factor. Here are 3 reasons why I believe the future of creativity is all about connecting, further building on Steve Job’s description of creativity as ‘just connecting things’.

Creativity for the sake of creativity is useless. Any big idea is rooted in a strong consumer insight, tapping into real and relevant consumer situations and spurring hundreds of possible creative ideas. A good way of distinguishing a strong insight from just a fact, observation or trend is to check whether it contains 3 elements: ‘It’s me’, ‘Aha!’ and ‘Action’. 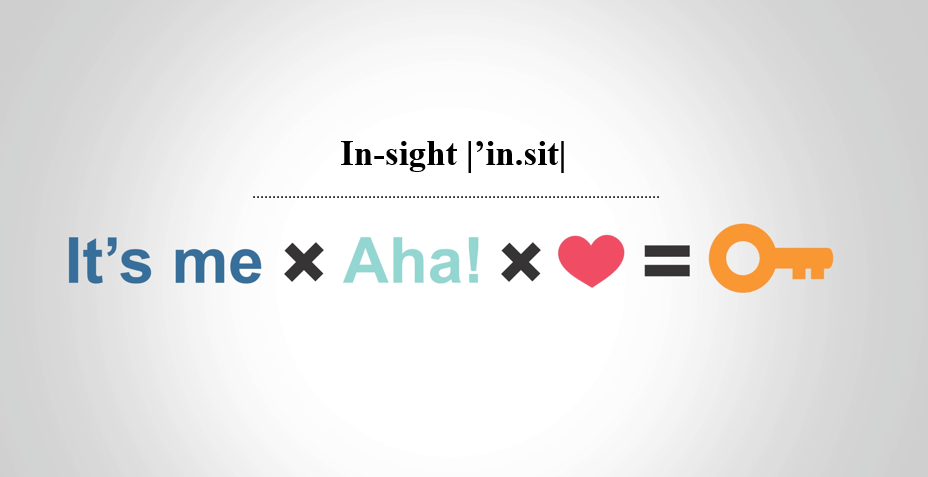 ‘It’s me’ refers to familiarity and personal recognition, sometimes to the extent that you may even learn things about yourself that you were not aware of before. Think about the Oreo ‘Twist, Lick, Dunk’ advertising campaigns. Whenever people eat an Oreo, they like to eat the middle first and save the outside chocolate cookie for last. The brand owner explicitly highlights this unique consumer ritual in their advertising. People love it because they feel they came up with the idea first and the advertising is just a way of reminding them of their personal habits.
Next, a strong insight triggers a sort of ‘Aha’ experience, combining feelings of surprise and familiarity. It entails a view on something which was implicit all the time, but becomes explicit once stated. Did you know the tiny fly printed on men’s urinals results in 85% less ‘missing the bowl’? And that the insight behind it is that men are competitively oriented, focused on ‘beating the enemy’?
Finally, an insight can never be neutral: it should drive people to act, solve a specific issue or lift a certain tension. A good example is P&G’s Pampers: by focusing on the fact that babies with a healthy and dry skin feel better altogether and play more, the brand taps into the drive and desire of parents to have their children learn and develop more quickly.

With more dots being available by the day, we need to find new and better ways to connect them. Think about building a creativity playlist that widens your horizon to tap into a broad repertoire of creativity enhancement techniques. Ever heard of Gemba? It is a Japanese term originating from the Total Quality Management era and is a synonym for ‘the real place’. By going to where the real action is taking place, whether it is a crime scene, a supermarket or a living room, managers can sharpen their senses and enhance their creative potential.
Or think about using analogy from your creativity playlist. In 1997, Speedo got its inspiration from sharks when developing a faster swimsuit. Contrary to the belief that fabrics should be soft to boost speed, the opposite is actually true. Shark skin is composed of a very hard material similar to what our teeth are made from, cutting through water extremely fast. So fast that the final Speedo swimsuit was banned at the Olympic Games.

Connected creativity implies connecting different creative ideas through time, jointly contributing to a bigger story and thereby generating a more lasting impact. Getting to such an ‘evergreen creativity’ requires a delicate balance between surprise and consistency. Since its launch in 1987, Red Bull has been doing an amazing job staying true to its mission to ‘give people wings’, yet finding new creative ways to get this message across. Their approach is in sharp contrast to a competitive soft drinks brand such as Pepsi which has been using more than 25 taglines in brand communication between 1987 and now in the United States alone, leading to disconnected and therefore less powerful creativity.
On a final note, creativity does not flourish in isolation. For sure, this was one of David Ogilvy’s firm beliefs as well, stating that

Looking forward to your input on how to spur creativity in the connected age!