A Millennial view on mobility

Despite the growth of population and economy, the transportation of people has reached its peak. There is a general phenomenon of reduced mobility. Firstly, there is the ageing of the population. A larger group of elderly has reduced mobility needs. But also, youngsters tend to opt less often for a car. Today’s youth is less car-oriented than the previous generations. Not only do they drive the car less often, they also travel shorter distances in it. And more than before do they use different means of transportation.

The Dutch Central Bureau for Statistics has shown that the 18-to-25-year-old Dutch are showing a decreasing interest in owning their own car. Febiac, the Belgian sector organization, also noted this decrease in Belgium. An increasing number of youngsters graduate without having a driver’s license. A younger generation, often highly educated, is living in the cities during their studies and stays there afterwards. City travelling is easier on the bicycle or in public transport than in a car. Ecology and durability also play their part. And there also are the smartphone and the Internet, the existence of which makes it less necessary to assist to everything in person.

Alternatives as a reaction

An increasing number of alternatives react to these facts, which means the need for a personal car is becoming even less important; examples offer an alternative to people that do not own a car, like the arrival of Uber but also trends such as urban cycling and sharing.

Internet enterprise Uber, started up in San Francisco in 2009, links users and drivers through its application. First, download the app and register, and you can easily book a taxi. All you need to do is enter your final destination; Uber sends a price quote, and with one single button touch you order your own taxi. 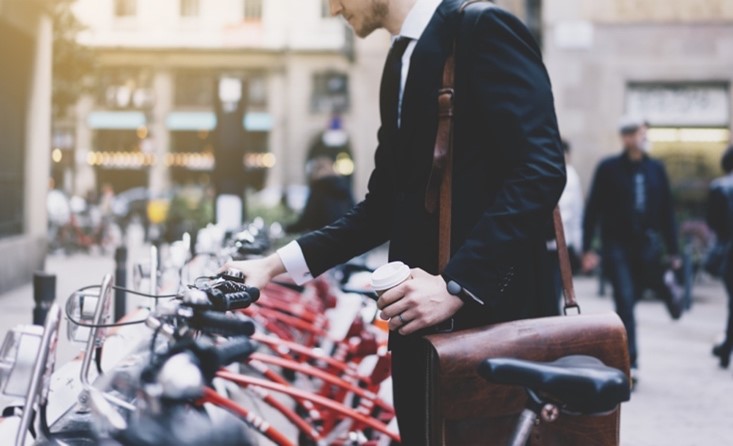 An increasing number of people are travelling around in the city on their bicycle, which is mainly used as means of transportation and less as leisure time occupation. The two-wheeler has of course been used for years to cycle around town, but these last few years a true trend is emerging.

Sharing a means of transportation

Sharing is a trend which is present at many levels. We share our opinion with each other; online we share what is happening in our life, we share food that is spare, and increasingly often we share means of transportation. In Belgium, bicycle and car sharing has been gaining in popularity in the past few years. This new type of mobility fills the gap between the classic public transport and the individual transport. The offer of these shared services has also become rather wide throughout the years. The sharing economy is offering an alternative for those that prefer not to purchase a car themselves.

Willy Miermans, lecturer of transport studies at UHasselt, thinks that the car will always be more dominant in Belgium than in the Netherlands, for example, because in the latter country there are more cities which makes driving the car less comfortable than in Belgium. Therefore, car makes keep putting in the effort to adapt and respond to these generations’ needs.

In November 2014, GfK realized a survey on the connected car, among youngsters aged 16 and over. The survey was organized in Brazil, China, Germany, Russia, the US and the UK and generated some peculiar results. For example: safety comes first for the next generations. But on the other hand, 53% of the respondents think using data in a car is appealing. These two features are followed closely by entertainment and a self-driving car.

GfK also unveiled that the connected car is the car of the future. This car provides real-time services, based on your preferences and your location, and ranging from knowledge to entertainment. Not only will you stay connected with the home front and the outside world, cars will also be connected to each other, which is called car-to-car communication. It will be possible to exchange information between vehicles. For example: you can inform other cars about a red light but messages can also be sent through in case of traffic jams. Parking will be much simpler in the future, as this will no longer be done by the driver but by the car itself. Generation Y also indicates that a car should reflect their personality. Furthermore, this generation also thinks it important to own the latest technological gadgets.

How car makes are pursuing Millennials

Let’s get social with Mercedes-Benz

Mercedes-Benz is using Instagram to interact with the next generations. This is their way to react to the fact that, in communication, an image has more effect on youngsters. Mercedes-Benz started up an account in which a user can design their own version of the GLA model by clicking tags. Experts say this is the first interactive Instagram campaign; however, customization is not new in the car industry. Organizing this experience required hundreds of Instagram accounts and uploading more than a thousand pictures. According to Mark Aikman, General Manager Marketing at Mercedes-Benz USA, the success can be attributed, among other things, to the collaboration with certain influencers, as this is how to also reach these people’s followers. 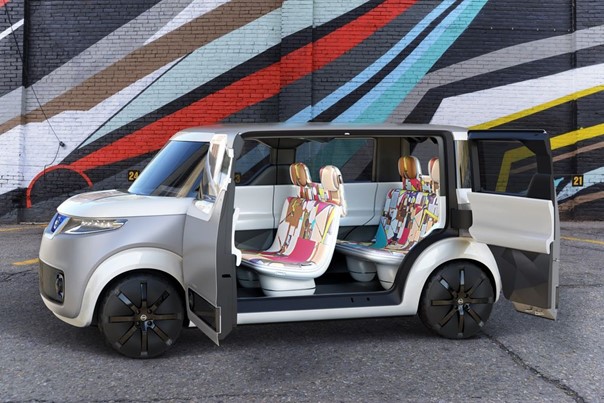 During the Tokyo Motor Show, a two-yearly car show in Japan, Nissan presented the Teatro for Dayz, a concept car which is aimed in particular at generation Y. This study model is riddled with high tech and ensures that the digital natives can stay connected at all times. In fact, the car is one huge tablet. While driving, the entire interior is white and there are no distractions, which respects the fact that youngsters attach a lot of importance to safety. Once the car is parked, the inside turns into a huge tablet: both dashboard and seats change into displays. The chairs do not provide any information but can be adapted to one’s preference, so they are also part of the personalization.

The other displays in the car are showing all the information that may be required, from friends’ social media updates to weather forecasts. In my opinion, this type of car is the car of the future. Generation Y has known the launch of technology and will therefore quickly adopt it. The next generation, generation Z, is the first generation to grow up in this digital world. Therefore, these generations are almost constantly connected with the world and this will become increasingly more important in the car industry as well.

Make it personal with Volvo

Volvo wanted to innovate together with Windows, so the two companies will collaborate in order to develop the future autonomous car but also to reinvent the car purchase process. This collaboration should result in an improved driving experience, because of the driver on the one hand and a mass of gathered information on the car on the other. The innovation of the purchase process will be done by means of a ‘HoloLens’, through which future buyers can virtually check out the car features, adapt its colors and see what it looks like to actually sit in it. The consumer is part of the experience. The car can be personalized entirely before assembly. This is how Volvo emotionally involves its future customers, which also includes the generations Y and Z. Consumers can personally choose the car shape and color, which means sensory marketing is being applied. Personalization is important to both generations, Y and Z.

Toyota is building a world of smart mobility. They want to realize next-generation technologies which make it possible for cars to exchange information with other cars but also to be connected with the driver. By connecting driver and vehicle, every trip can be personalized; during the trip, the driver will get suggestions concerning the route, among other things. The car can also suggest restaurants or services nearby, based on the driver’s preferences and previously travelled routes. But there is also a focus on safety in these autonomous cars. In an emergency situation, it will be possible to obtain information about evacuation options.

By connecting the car with smartphones, you can control the vehicle from a distance, e.g., switch on the air-conditioning from a distance in hot weather. But the car will also include a virtual assistant. The four-wheeler anticipates where you want to go, what you want to know, even what music you want to listen to while on the road. A connection with several data centers will help the car recommend the best route based on weather forecasts, road conditions and individual road-related preferences. You can also talk to your virtual personal assistant and ask for information, for example on food options nearby. Furthermore, this autonomous car will focus on the driver’s safety.

Want to explore how your brand can connect with Millennials and Gen Z? Discover what our research toolbox and expert power can do for your brand!

51% of Gen Z in South Africa is uncertain about the future. Discover what global issues are worrying them, and how they will tackle injustice!

Gen Z, the activist generation. Discover here how this affects what Gen Z in South Africa expects from brands.