Choosing the right research activities: the power is in the mix

Did you jump out of bed this morning, or did you hit your alarm’s snooze button? Did you have coffee or tea at breakfast? Did you switch on the radio, listen to a podcast, or was your daily commute a quiet one? You may not be aware of this, but you probably already made hundreds of decisions today. In fact, any one person makes thousands of decisions in an average day.

For a long time, the dominant belief among philosophers, scientists and economists was that humans – and their decision making – are driven predominantly by rational thought. And this was no different for marketing researchers that tended to hold a single focus on rational thought, capturing consumers’ thoughts and beliefs. But how realistic is this? Can we truly unravel and understand complex human behavior by solely focusing on their ‘thinking’?

From the first street interviews in the ’20s (asking for ad recall) to the first Computer Assisted Telephone Interviews (CATI) in the ’60s, the essence of marketing research used to be getting into consumers’ minds: the ‘think’ layer.

It is only with the increased focus on Customer Experience in the ’90s that researchers began to study how emotions and moods were affecting consumer behavior: the ‘feel’ layer.

With the growing awareness of the power of behavioral data, introspective marketing research techniques such as surveys and focus groups got challenged. In his book ‘Everybody lies’, ex-Google data scientist Seth Stephens-Davidowitz argues that we can no longer rely on what people tell us, as everybody lies. Instead we should turn to observed (digital) behavior to derive reliable consumer insights: the ‘do’ layer.

The fact that we think, feel and do is what makes us human, but we are not limited to these three dimensions. Consumers today have access to information and tools that allow them to take on a more active role, and even to create their own solutions (as we explain in our bookzine on Consumer Centricity). More and more consumers are becoming ‘prosumers’, blurring the lines between producers and consumers. Think for example about the success of global crowdfunding platform Kickstarter, that raised more than US$5 billion and successfully funded more than 200,000 projects since its launch in 2009. Marketing research should not ignore this, but actively tap into this creative potential of consumers: the ‘make’ layer. 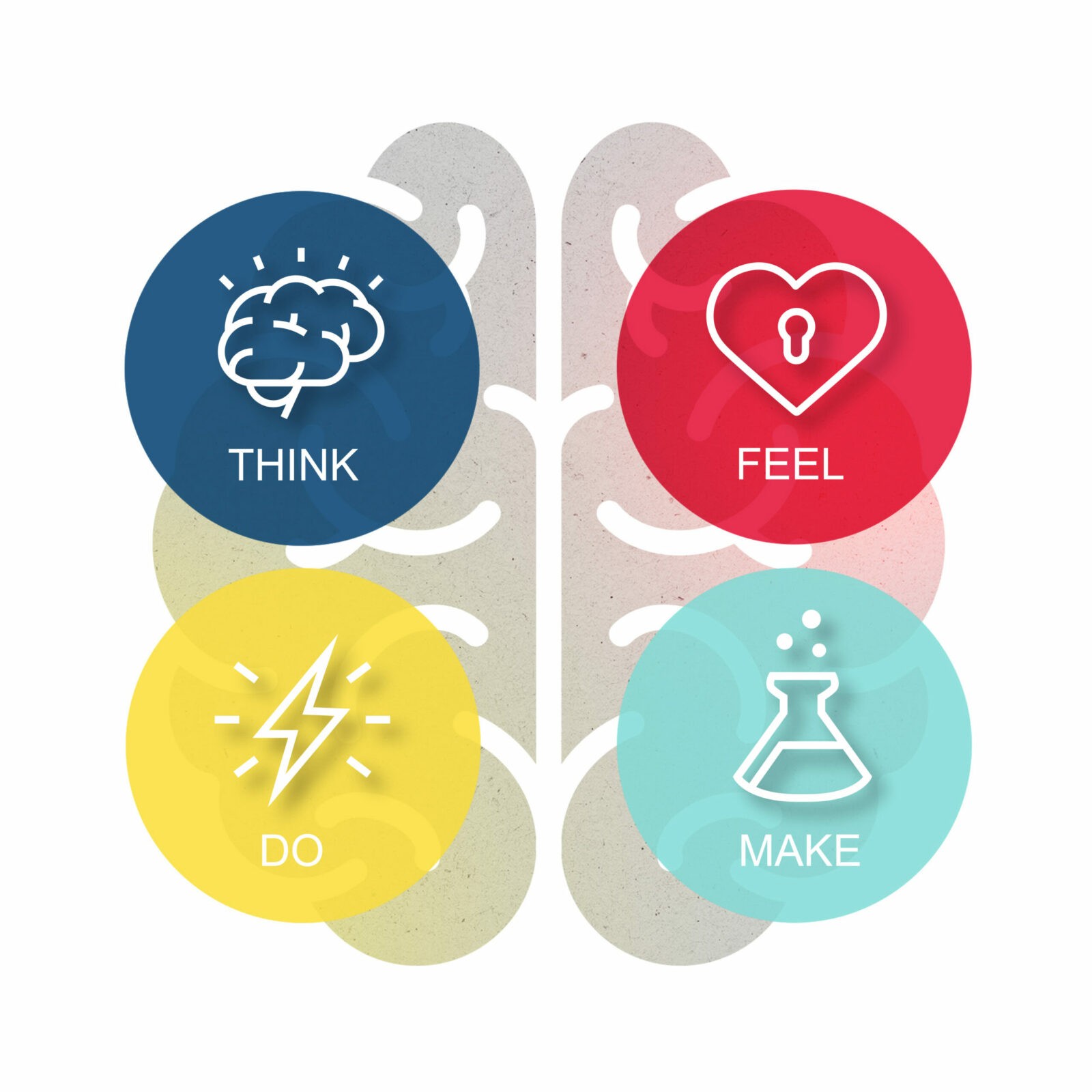 These four dimensions of human behavior (think, feel, make and do) are reflected in the four research activity types we apply to our Square insight community projects:

The power is in the mix

However, it is not an OR story. Understanding human behavior is complex, and it’s rather by mixing multiple approaches and activities that we can get a 360° picture of consumers’ everyday life and derive fresh insights. Today, there still are good reasons to ask people questions and not solely rely on behavioral data. As Matthew Salganik, Professor of Sociology at Princeton University, points out: “Researchers who study dolphins can’t ask them questions. So, dolphin researchers are forced to study behavior. Researchers who study humans, on the other hand, should take advantage of the fact that our participants can talk.” Indeed, it is too simplistic to assume that consumers cannot self-report any behavior. The challenge is rather to understand the boundaries of different approaches and combine them so that the strengths of one approach compensate for the weaknesses of another. It’s about using the right mix of research activities for the right business challenge.

In this blog series, we will zoom in on the variety of ‘think’, ‘feel’, ‘do’ and ‘make’ activities that can be applied to insight community projects.

The power is in the mix

Human behavior is a complex interplay between actions, cognition and emotions. In this bookzine, we showcase how to choose the right blend of ‘think’, ‘feel’, ‘do’ and ‘make’ research activities for the right business challenge.

Artificial Intelligence (AI) is a buzz word that is rapidly becoming part of everyday dialogue; but what does it mean for putting people first, enhancing the impact of human insights and shaping daily life?

From Australia to Italy, from Norway to South Africa, from Japan to the US, the cost of living is reaching new highs and is likely to continue doing so in the months to come. With that, marketers and businesses have a cumbersome task on their hands: re-evaluating their pricing models.

Any good marketing strategy starts from a strong consumer insight. But when do you actually have a strong insight?