Four elements to survive in a changing world

The world is changing, rapidly and fundamentally. Several economic, ecological, technological and demographic trends are reinforcing each other and have a ginormous impact on our society and on the business world. Technological evolutions are at the heart of those changes. The different innovation waves are following each other in ever quickening succession and force companies to adapt more rapidly than ever. This article describes four characteristics which companies should adopt in order to survive.
Time is pressing. A company unable to continuously question and reinvent itself, will not manage to defend its competitive position. This is a trend which is already clearly visible. The average lifespan of an organisation has decreased drastically. In the 20s a company would exist for an average of 60 years; these days this average reaches a mere 15 years. In 2017, 25% of the companies seen as market leaders in 2015 will have lost that position, in most cases to new competitors which did not yet exist 15 years ago. The examples of companies which do excel at reinventing themselves are well-known. Netflix was started up in 1997 as a postal order company renting out videos; these days it is a global player in audio-visual content streaming. Uber also proves that it does not shy away from looking at the future: even if the current Uber business model is not yet rolled out entirely, the company is realising that self-driving cars are a major threat, which is why they are adapting their strategy by already ordering no less than 500 self-driving Tesla cars for pilot projects.

Although digital technologies play an important part in changing business models, companies should not forget that technology is only one of the aspects of change. You can fully test robotics and virtual reality, but the mere embracing of today’s technologies does not prepare you for the waves that will follow. Innovation should not be limited to innovation labs and R&D departments. Rather than thinking about digital transformation, companies should focus on how to transform their entire organization in order to be ready for the future. The main challenge is that companies cannot go through that transformation if they continue to function as before. The bureaucratic business model with a clear hierarchy and sharply defined roles and function profiles forms a barrier for that transformation. Bureaucracy is a concept of the late 19th century which no longer does the trick in a world of continuous change. A different way of working and thinking is required, which needs to penetrate throughout the entire organization. For many companies this will not be an easy task. A recent study in the US has shown that a mere 13% of all collaborators are sufficiently passionate about their work to help build change, a disappointingly low result. 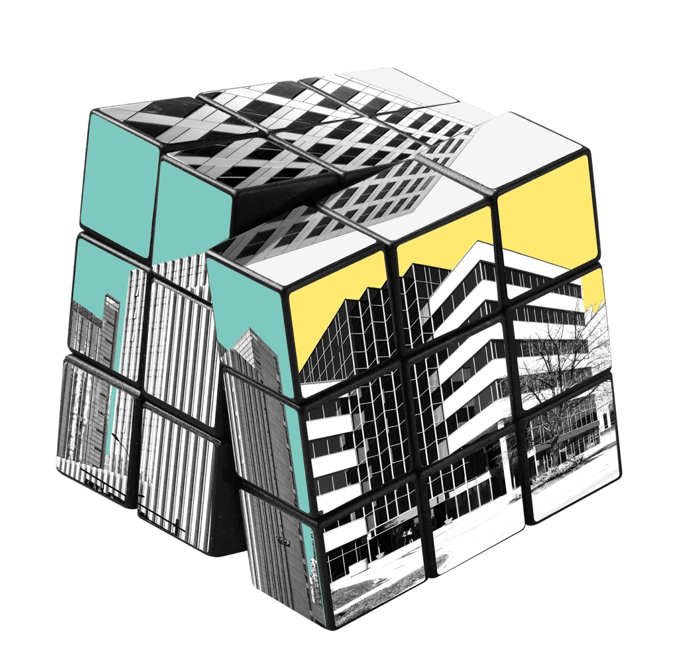 The road to change

We can define four crucial characteristics for changing the tide and surfing on those waves of change: togetherness, empowerment, collaboration and habit. Togetherness and purpose are very closely related. Companies need to have a clear goal and must be able to prove their relevance, both to clients and collaborators. These days we notice a true Copernican revolution in the brands world. Copernicus was sentenced to death because of his conviction that the world is not at the center of the universe. A continuously increasing number of brand producers are also coming to that conclusion. Consumers care less and less for brands. A recent study by brand specialist Havas reveals that if 93% of the brands ceased to exist tomorrow, the consumer would not care all that much. Furthermore, one of our own studies has shown that consumers only really care about 5 brands, each of those contributing something functional, emotional and societal to them.

A company’s societal contribution is becoming increasingly important. David Jones, former Havas CEO, describes it as follows: “We need to move from marketing to consumers to mattering to people“. Unilever is very well aware of this fact. The company has set itself the target to make each of the group’s brands relevant within 3 years. 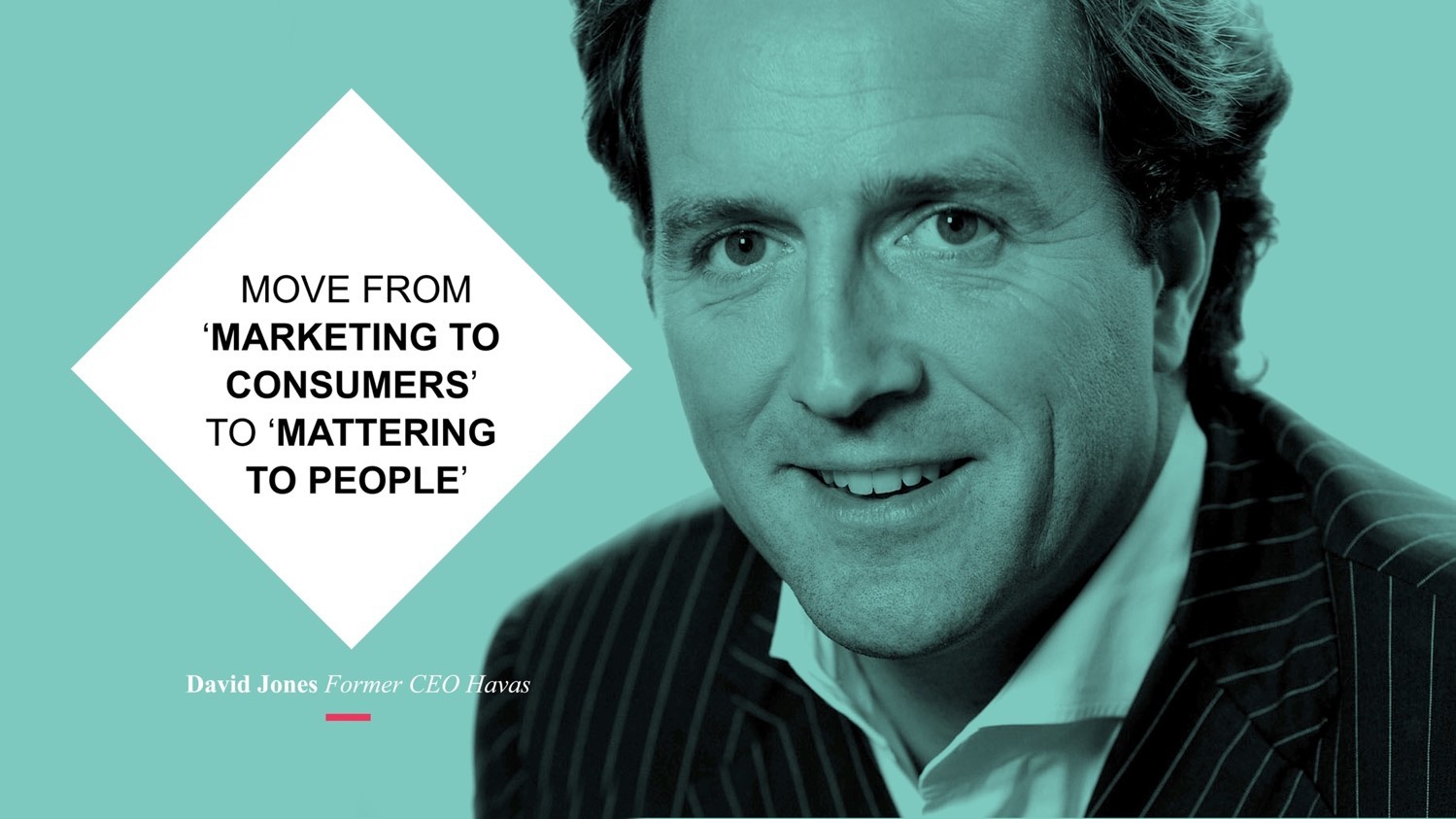 The first brand having gone through the transformation is Omo, the detergent. On a functional level, the starting point was a qualitative product. Children’s dirty play clothes need to be clean after a wash. In order to address customers on the emotional level, Omo has started up a programme to share parenting tips & tricks with young parents. As for the societal level, new playgrounds were installed in several suburban areas in the UK, giving children access to a better social development. No eye-catching sponsoring, only a small mention that the playground is a part of Omo’s and Unilever’s Dirt is Good programme.
You may wonder whether this is really a company’s role in life. But it is. Studies show that so-called meaningful brands obtain 33% more profit than their competitors, on average. So doing good does indeed pay off. Companies should also prove this relevance to their collaborators. Many changes are taking place in what makes employees happy in their job. The new generation which is now entering the workforce attaches more importance to the difference they can make themselves and the difference a company makes in the world than to how much they are making and what status a job will give them. Besides, this trend is also increasingly entering the world of older generations.

Empowerment is a second important characteristic. There are different ways to empower collaborators. First, by clearly communicating about the strategy and second, by also sharing insights which support the strategy. This will help collaborators to better realise the strategy. And third, by giving the collaborators more autonomy. It is important for companies to properly understand the reason behind certain decisions. At the moment this too often is not the case. Insights into a strategy should go viral, so to speak, in the entire organization, so that everyone can start believing in them and act upon them.
A second important element in that respect is collective intelligence. Decisions made by the entire organization are bound to have more impact than decisions pushed forwards by management. The implication that is created is much greater; furthermore managers are informed of so-called blind spots in their decision process. Autonomy is a closely connected aspect. Give collaborators a say in how to fill in the company’s strategy. Hotel chain Ritz-Carlton learned the lesson well: every collaborator who is in direct contact with hotel guests gets a €2,000 budget to turn a complaint into a positive experience, into something which could be an opportunity for improvement. Never underestimate the importance of involving collaborators in the strategy and of giving them more autonomy, because, in the future, human capacities will become an important differentiator.
In 2035, 50% of the jobs as we know them today will have disappeared. The majority will have been taken on by robots and artificial intelligence. That is what we need to prepare for now, because when the time comes, we will totally need those typically human capacities to make the difference. There already are some examples today. In Eatsa, a vegetarian restaurant in California, robotics are used for taking orders, serving meals and paying for them. This frees up time for the real collaborators to look after the customers on a more relevant level. All these technologies will make craftsmanship and emotional intelligence very importance in the customer relationship.

The new role of knowledge workers will be very similar to intrapreneurship. A great example is Adobe, the software company; they have reinvented themselves repeatedly and are now trying to reach innovation quicker via Adobe Kickbox. The Kickbox contains a $1,000 credit card, an inspiration booklet and a description of the innovation process. Every collaborator is free to use that $1,000 to develop something new. The only condition set by Adobe is that developments which may be relevant for the company are also shared with the company. So far, 400 collaborator projects have been shared. They will probably not all turn into something successful, but Adobe is convinced that the chance of ‘the next big thing’ being one of them is larger than that of the two projects R&D is working on. What Adobe is doing, is not just a story of trust and giving autonomy, but also giving a chance of failure. Collaboration comes third in the survival characteristics list. A company’s capacity of internal and external collaboration determines its chance of success to a major extent.
There are three conditions for reaching successful collaborating. The first is that it needs to be 360°, which implies collaborating with consumers, collaborators and other stakeholders. That is how you reach new insights which will not be obtained in any other way. Second, the collaboration needs to happen all the time, anywhere. You rarely hear people say their best insights came to them in the office or during a brainstorm session. The best ideas occur in the shower or the car. And third: fail faster & better. In other words: invest your time wisely. At Google they have banned the word prototyping. Google refers to pretotyping because even making prototypes takes too much time and is too expensive. KLM-Air France is following suit: e-commerce team collaborators are no longer to make PowerPoint presentations. Those who have a new idea develop it, test it, share it with the target groups and if they are still convinced that it has potential, then they make a 2-slide report which can be presented in 20 minutes max to obtain a budget.

The new business as usual

The last characteristic, habit, is related to the 3 others. Focusing on one of the 3 is not sufficient. Nor is working a little bit towards all 3. These have to evolve into new habits. Changing habits – and most certainly bad ones – is not done in one single speech or with one single manifest. Togetherness, empowerment and collaboration need to be embedded thoroughly in the organization. The four characteristics combined form the acronym TECH; no coincidence as technology will play an important part in how we transform our organizations. We can also learn a great deal from the world of technology; not so much from all the crazy Silicon Valley stories but more from those companies’ habits. Our companies face a major challenge but it isn’t impossible to realize a change and to get collaborators willing to build the company’s future.

Customer experience (CX) is the next battleground for brands to differentiate themselves. Discover five key principles to excel in CX here.